Khashem Gyal is a filmmaker and photographer from the Amdo region of Tibet. His work tells the stories of individual struggles in the midst of social change in Tibet.  He has created and participated in numerous documentary and fiction film productions.  His first film, Valley of the Heroes, a short documentary depicting the complex linguistic and cultural transition in Amdo, has screened at many film festivals and universities around the world.  Khashem Gyal’s second film, Daughter's Courage, received the “Colors of Asia Award” at the 2017 Tokyo Docs, the international documentary forum.  In 2018, he was nominated for the Adeste Gold Medal which recognizes global citizens under 40 who have "excelled beyond their limits in inspiring others to ‘touch the stars’.”  Khashem Gyal is a graduate of Qinghai Nationalities University and is the founder of the Amilolo Film Group, which is dedicated to educating young Tibetans about digital video production and to supporting new generations of Tibetan filmmakers. He was the 2014 Machik Global Innovation Fellow. In 2020, Khashem Gyal's film was featured through Machik Khabda. 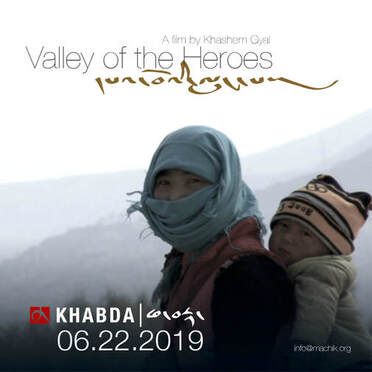 Valley of the Heroes offers a rare glimpse at a pivotal moment of cultural and linguistic transition among Tibetans and Muslims in Hualong County, a remote community in Amdo, Tibet, part of what is now eastern Qinghai Province, PRC.  Over the past several decades, Tibetans living in Hualong have experienced rapid cultural shifts accelerated by language loss – today more than 30% are unable to speak their own native language.  The film spends time with village residents and elders who reflect on the changes taking place in their community, and also documents a unique Tibetan language program that is attempting to address the situation. 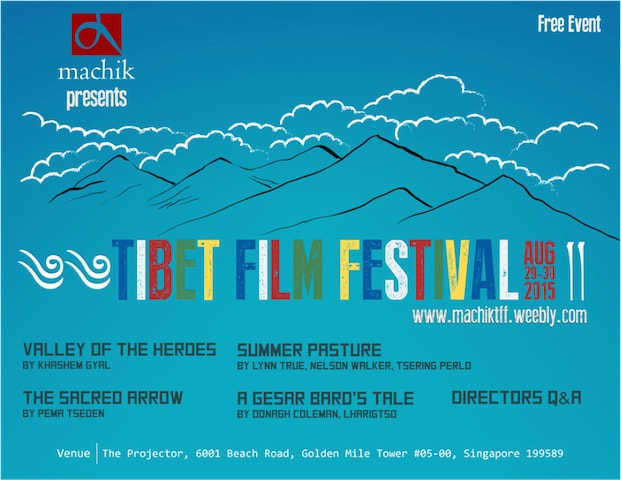 In August 2015, the first ever Machik Tibet Film Festival in Singapore took place at The Projector. Machik invited Khashem Gyal, founder of Amilolo Film Group and director of Valley of the Heroes, as the keynote speaker. Khashem is part of the next generation of Tibetan filmmakers from Tibet, and was Machik's Global Innovation Fellow in 2014. Over 450+ Singaporeans attended the event, and many expressed amazement and appreciation that the first Tibet focused film festival was being held in Singapore.
Machik, 1203 K Street NW, Washington DC, USA, 20005   |   202.536.4858   |   info@machik.org   |   www.machik.org