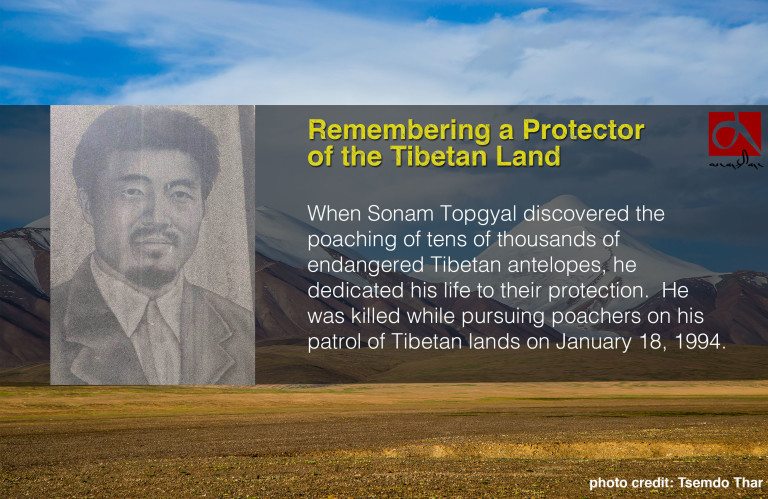 Born and raised in Drito (Yushu, Tibet), Sonam Topgyal dedicated his life to advocating for the wildlife and environment of Tibet. He formed the Wild Yak Brigade – a volunteer wildlife protection vigilante group – in response to the devastating loss of Tibetan antelopes killed illegally by poachers for their fine hair. Despite the remote and harsh conditions of the region, he and his team patrolled the plains and inspired events that have saved the antelopes and allowed for their numbers to grow.

Machik partnered with SGR for the 2013 “Green Hope” Summer Enrichment Program (SEP) where we experienced firsthand the trailblazing work animated by Sonam Topgyal’s vision for ecological protection in Tibet.

On this anniversary of his untimely death, we at Machik honor Sonam Topgyal’s unflinching responsibility and care for Tibet and its land.

In memory of a great spirit,