Julie Zhang
Julie Zhang is AFS Program Director in Shanghai.  She shares reflections on her experience in Chungba.

“When you have time please remember to write to me. I’m adopting you as my older sister. Don’t forget to come back next year to the see the middle school. I await your return.” ~Pubu Droma (sixth-grade student at Chungba Primary School) 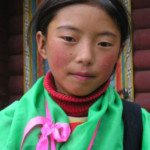 “As a Chinese-American from suburban Maryland with virtually no prior exposure to anything Tibetan, people are often puzzled at how I became involved with the Chungba Primary School in the remote Tibetan Plateau. The answer is rather simple: I never planned for it, but it is one of the serendipitous outcomes of trying to achieve ‘peace through intercultural understanding.’  People tend to ask the following questions, sometimes sequentially: “Is it because you are a student of Tibetan culture and Tibetan Buddhism? Is it because you love nature and remote areas? Or maybe it is because the people there are so friendly and kind?” I find Tibetan culture interesting as I do other cultures and I enjoy nature at times but prefer large, dense cities. And of course, the people in Chungba are incredibly kind, warm and friendly, especially the General Manager of the school, Aku Taja. However, the truth is I am committed to Chungba Primary School and Machik because I’ve seen firsthand what a difference education can make in a child when they are given the opportunity. The commitment by the staff and teachers and the determination and eagerness to learn by the students there inspires me to do what I can to help the 300 students not only graduate from primary school, but also middle school, high school and university.

I came to China in 2005 to rediscover my Chinese heritage and to better my Chinese language skills. I never thought I would end up taking a trip to Tibetan areas.  As Program Director of AFS , I was at Chungba trying to ascertain its potential as a new Community Service Organization placement for our foreign, young adult participants. These participants come to China to volunteer for local nonprofits and learn about local culture.  After meeting Tashi Rabgey in Shanghai in 2006, I became intrigued by the idea of placing a participant at Chungba Primary School to teach English to the students.

Having never been west of the coastal cities of China, I wasn’t sure what to expect from the Tibetan Plateau, let alone the remote mountainous village of Chungba. However, my initial trip from Shanghai – after a two-hour airplane ride, a long distance bus ride and one full day of driving over four, 4000-meter mountain passes – left a profound and lingering impression on me.  The landscape of Chungba and the surrounding areas are breathtaking and my experiences with wide open stretches of road leading to seemingly endless blue skies, nomads with their yak and black yak-hair tents, and one rather unique encounter with a young yak while using a makeshift roadside bathroom, are lifetime memories. 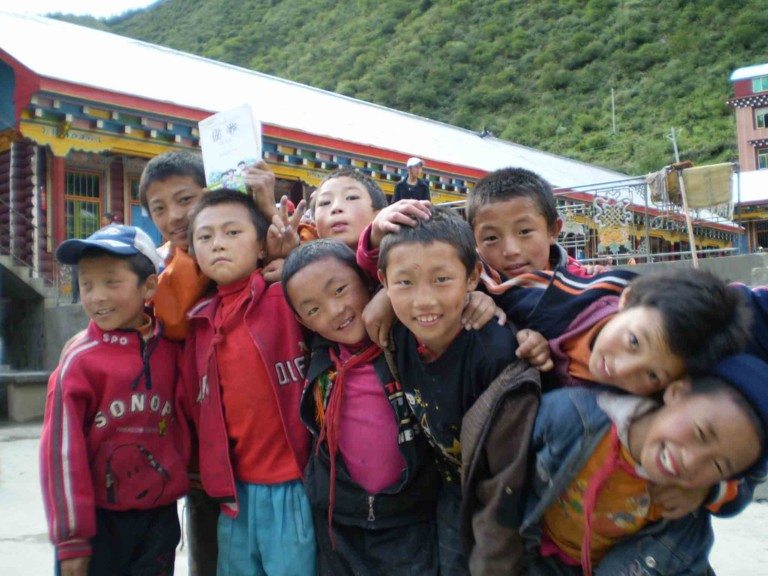 The people I met at Chungba were genuinely kind and warm. They held a sincerity and innocence that does not seem to exist in the large cities I’ve lived in, such as New York, Hong Kong, San Francisco and Shanghai.  However, the thing that struck me the most was how much the students and surrounding community savored this opportunity for an education: a proper bilingual, Chinese and Tibetan education at the Chungba Primary School. The dedication to the education of the 300 students was apparent through the teachers’ scheduling of the night study sessions and through parents who walked two days to attend parent-teacher meetings or to bring the school some yak butter. Despite a community of subsistence farmers and semi-nomadic herders, there was a universal understanding of the need and urgency for an education. To me, most inspiring were the students and their hunger for learning. The students were known to get up at dawn to study. I taught a few English classes one day, and whenever I asked a question, students practically leaped out of their seats to answer. And to my surprise, a student approached me the following day to ask if I could teach them more lessons during their break period.

​With so many engaging and eager students, it’s difficult to have favorites. However, I have two: a disciplined second-grade boy named Yanpei who is referred to by teachers as a “true Khampa cowboy,” and a shy, sixth-grade girl named Pubu Droma. I remember I saw Yanpei in an empty classroom one afternoon while the other students were playing outside. I asked him what he was doing and he said he was doing his homework. I chatted with him for a bit more, but then he said shyly “excuse me, I need to finish my homework, so can I talk to you later?” I was struck by his dedication to studying. Pubu Droma is shy and also the youngest in her class but will also be the first in her family to graduate from primary school. The day before my departure, Pubu Droma tried to give me the necklace she was wearing in return for the bracelet I had given her. I refused her gift and decided to make a pact with her. The pact was that if she graduates from high school and enters university, only then will I accept the necklace. The grin she displayed at that idea was priceless. 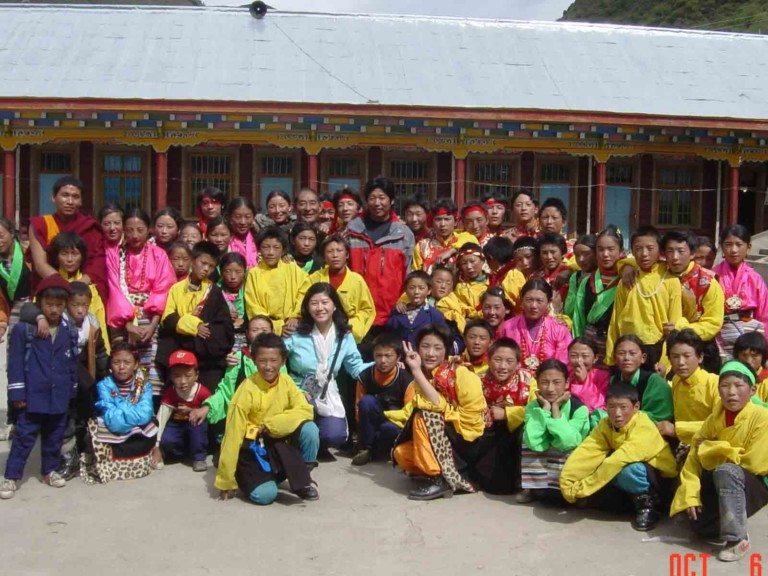 There are so many people in the community committed to the education of the children at Chungba Primary School, so many unsung heroes such as the support staff who cook three meals a day for the 300 students and dispense hugs when needed, Aku Taja who tirelessly champions for the students and drives a full day to the provincial capital, Chengdu, to purchase food and supplies for the students, and of course, the teachers and Principal Pema and former Principal Tonje. Chungba is truly a community effort and one I believe in whole-heartedly. We had our first Community Service participant from Sweden at Chungba to teach English for one semester in 2007 and she described it as “one of the best experiences of my life.” It’s impossible to be unaffected by the eagerness for knowledge of the Chungba students and I am committed to see all of them continue their education to become the first trilingual – Chinese, Tibetan and English-speaking – students to graduate from university from a remote mountainous township of Litang County in Sichuan.  Because of the experiences I had and the people I met in Chungba, I am committed to being life-long advocate for those students and their need for an education.”